Wine Fest will be this weekend Saturday and Sunday September 17th and 18th. Come and join us! 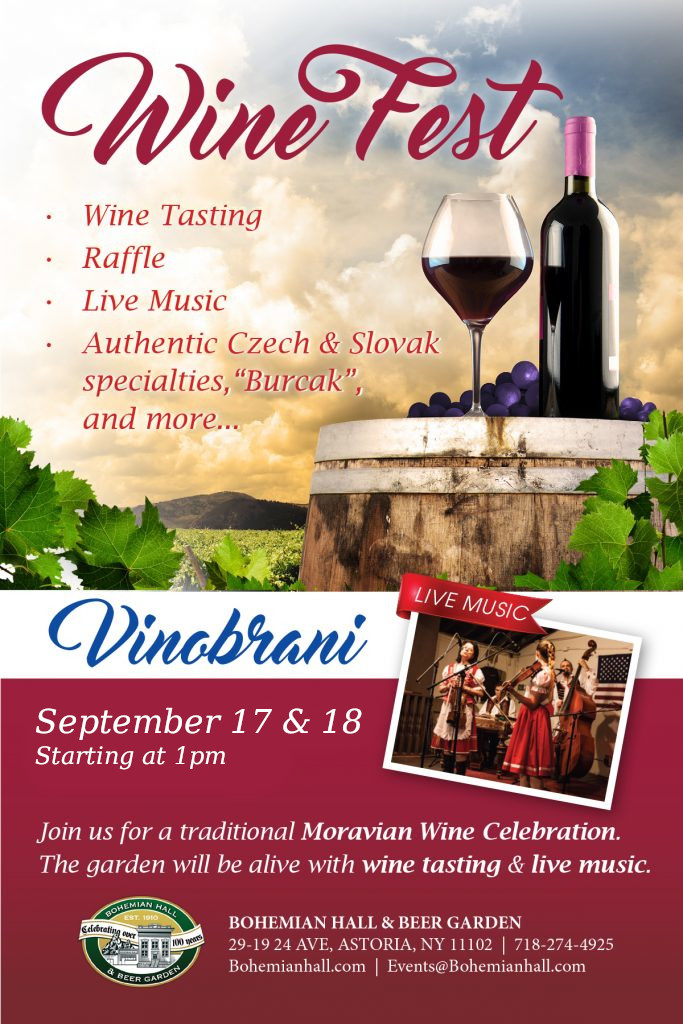 The Society owns and manages the Bohemian Hall & Beer Garden.
The Society consists of individuals of Czech and Slovak descent and their families who have pledged themselves to work for and promote the purposes for which the Society exists.

In the late 1800’s many Czech and Slovaks emigrated from Austria-Hungary, and made their way to America. Many found a home in Astoria, Queens. In 1892, the Bohemian Citizens’ Benevolent Society was formed, named after the medieval Kingdom of Bohemia. (Modern-day Bohemia forms the Western part of the Czech Republic.)

Eighteen years later, in 1910, the Society began raising funds for a home for the Czech people in the local community. It was to be a haven where the traditions of the homeland were to be maintained.

Two adjacent lots, part of a farm, were purchased and on October 1, 1910 the cornerstone of Bohemian  Hall was laid. Bohemian Hall was built in three sections. What is today the entrance was the first Hall, but it soon became obvious more space was needed.

The Sokol Gym or Main Hall was added, and in 1919 the outside Bar and Park were finished – just in time for prohibition which banned the sale of alcoholic beverages in America for over a decade! But Bohemian Hall survived.

At one time, over 800 beer gardens were in New York City – three in Astoria alone. Bohemian Hall and Beer Garden survives to carry the proud tradition into the new millennium!